Why is Drupal CMS the First Choice for Government Websites?

With having the relaying of information to people as their primary task and purpose, government websites used to get a bad rep for being one of the densest and unimaginative pages of the world wide web. While the visual banality may usually be the creator’s fault, the denseness comes with the territory - public information sites are bound to be data-heavy.

That’s where Content Management System (CMS) comes into play, and specifically Drupal, with its scalability and high customization. Gradually more and more government officials now realize not only the need to focus on keeping the public informed but also the importance of navigation, security, accessibility, and support along the way.; 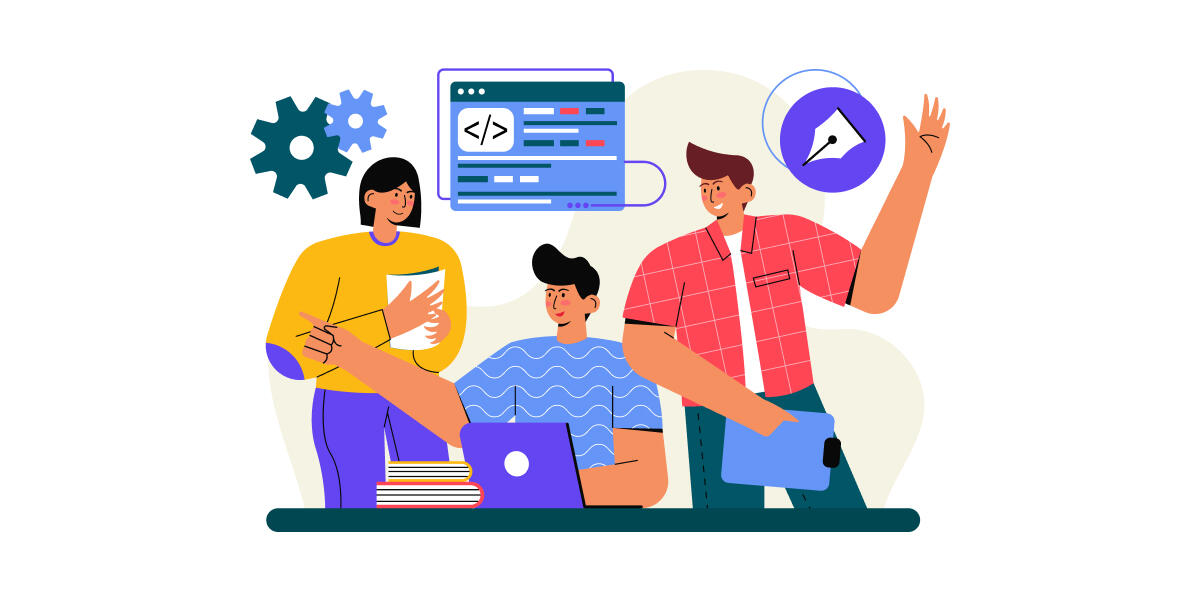 Drupal is a modular framework and web publishing digital solution for the website’s content management. It can both create and organize the content on its own and be used to build other tools that manage it. Drupal is open-source and with a large community that’s helpful regardless of whether it’s simple task automation or complex module development.

Its reliability and effectiveness are why this software is favored by over a million websites and is one of the most popular CMS across the globe. More specifically, almost 13% of the top 10k websites out there are built using Drupal and nearly 2% of the total number of websites on the Internet.

Among them are official websites of car companies (Tesla), mobile phone manufacturers (Nokia), science companies (NASA), and e-commerce (Wish). 23.8% of famous educational institutions, such as Oxford, Harvard, Universities of Colorado, Minnesota, Oregon, Georgetown, Chicago, etc., also use it for their sites.

But the most prominent usage of Drupal has got to be the private sector - 56% of government websites are utilizing this software. The most notable examples of Drupal-powered sites of local authorities are:

Benefits of Drupal and Why It’s Great For Government Websites

What is it that makes Drupal CMS best equipped to handle the distinct process of government website development or digital transformations?

Drupal can smoothly and free of charge integrate with various third-party tools, services, and solutions, both open-source and proprietary. Continuous upgrades and vast community allow developers to eventually add even those tools that they weren’t previously able to integrate.

Security is considered one of the top priorities among the Drupal community, resulting in the contributions of several security modules that handle passwords, logins, and captcha, plus a distinctive Security Working Group that focuses on the core and ecosystem’s reliability.

There are a few types of support the CMS provides - multilingual, with more than a hundred languages built-in and a few extra translation modules and features. Also, multi-site support gives the ability to manage multiple sites on a single platform with the same functionality but different content objectives.

Another factor crucial in government websites is the ability to handle rapid traffic surges without the imminent loss in performance. Drupal’s scalability, along with advanced caching and boosted databases allow maintaining the website’s stability even after major events that lead to overcrowded pages.

Other major Drupal benefits include:

Out of hundred different examples, we’ve singled out three excellent cases of government sites built with Drupal - find out below what made them the right decisions.

The official website of the City of Raleigh, North Carolina, USA needed a redesign to more effectively connect its citizens to its vast collection of public services. The required digital platform had to focus on services that the city’s authorities provide rather than departments.

The developers' team had chosen Drupal 8 along with these three key modules - Config Pages for a custom homepage, simpleSAMLphp Authentication for logging in using Microsoft accounts, and Entity Reference with Layout for flexible layouts. The solution also revolved around automatic migration from the legacy system.

The primary goal was to transform london.gov.uk - the City Hall’s primary digital engagement platform - to better meet the users' needs. The 18-month-long project involved the migration of more than 30 content types, including jobs, region-specific information, and video metadata from Mayor's Question Time.

Procomun is an educational website for Spain’s Ministry of Education, Culture, and Sports that is aimed at creating an accessible resource for the community (more than 20,000 registered users) to receive structured didactic material.

The challenge was to create a search engine, an interactive social network, and a semantic layer atop the already existing platform in just five months, and make them all work in harmony. The solution offered by La Drupalera agency included Drupal 7 as front end and a web platform, and an Apache-based search and semantic platform.

Based on the previously mentioned advantages and public sector examples of successful websites, it’s safe to say that Drupal currently holds the title of the most suitable choice of CMS for government sites. It’s extremely reliable, secure, efficiency-driven, and holds really well in the face of increased traffic and other functionality-related needs.